How can I make two identical socks with REGIA Pairfect?

REGIA Pairfect was developed to make it possible to knit two identical socks from one ball of yarn. To make sure that this really happens, it is important to pay attention to the following steps. The explanation refers to the illustrated ring-stripe effect of edition 1. For each Pairfect pattern effect, instructions for the exact method can be found on the inner side of the wrapper, but follow the same principle.
Please note that this effect applies to European sock sizes from 36 to 46 (US sock sizes 4 to 12). 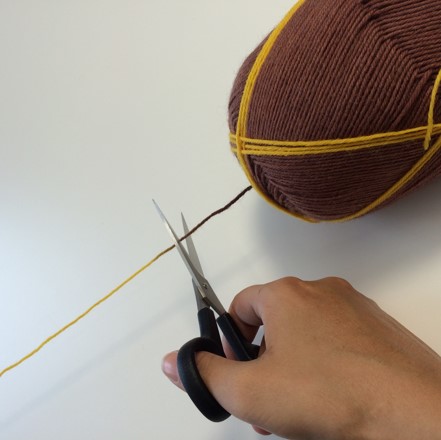 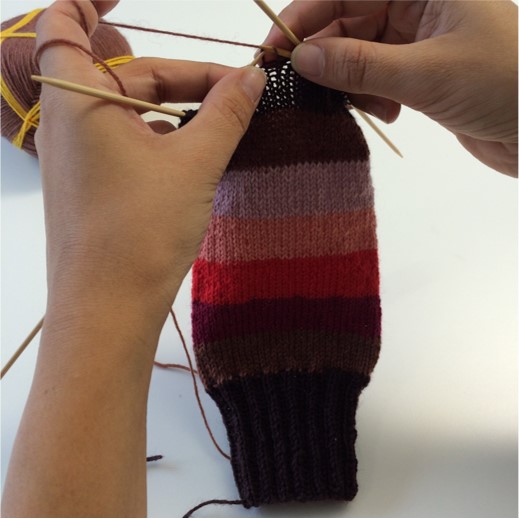 Pull the starter thread out of the center of the ball until the end of the yellow section has been reached. Cut off the yellow thread. The end of the yarn now shows color 1, for the cuff. Start knitting the first sock here, in the usual manner (see "technique of sock knitting"), beginning with the cast on. 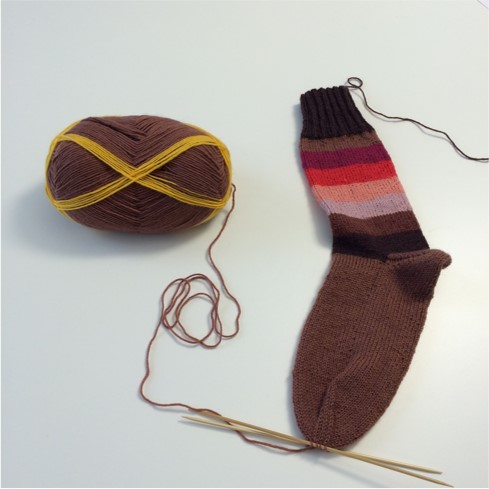 To achieve the shown ring-stripe pattern, knit the cuff with color 1. Beginning with color 2, knit the leg, with 7 ring stripes. Finally, knit the heel and foot with the main color. For each yarn with which a different pattern is achieved, detailed instructions on the inner side of the wrapper describe exactly with which color the leg begins and ends and how the heel is begun.
Continue knitting the sock as usual, until the desired size has been reached.
On the inner side of the wrapper, you’ll find a size chart with exact figures for the cast-on and the lengths of cuff and leg. 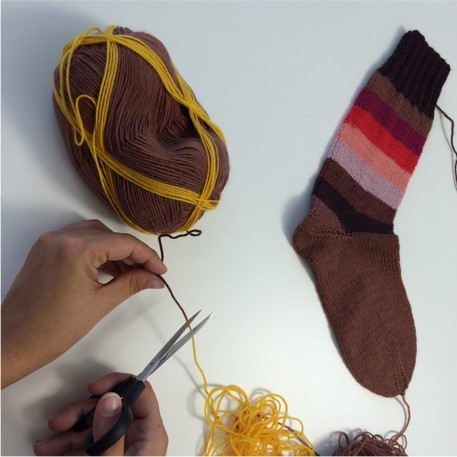 For the second sock, continue pulling the yarn from the center of the ball until the next yellow thread appears.  Keep pulling until the end of the yellow section has been reached. Cut off the yellow thread then cast on with color 1 and knit the cuff. Do not use the yarn from the outer side of the ball to knit the second sock! This would cause the pattern to appear in reverse - in our example, the cuff and leg would then be worked with the color in which the foot of the first sock was knit 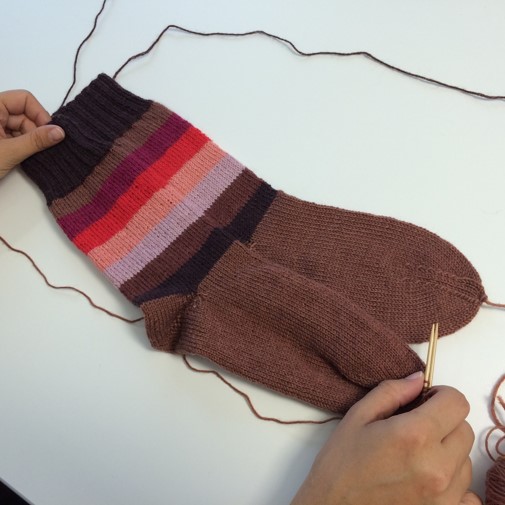 Knit the second sock in exactly the same manner as the first sock and your pairfect pair of socks is ready to wear!